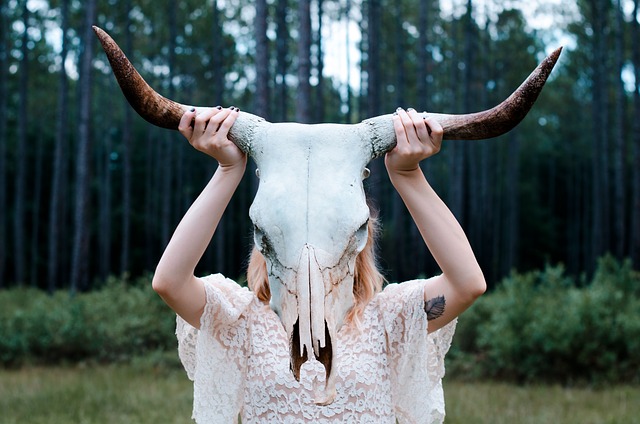 Mars is what is known as in his ‘detriment’ in the sign of Taurus because Mars is one of Scorpios planetary rulers, the opposite sign to Taurus. Mars in Taurus natives tend to be of a mellow and peaceable nature, yet Taurus is a fixed sign in modality, meaning that they aren’t usually comfortable swaying from their own habitual path or methods of planning.

They are generally quite genuine and straightforward folk, can be extremely patient and they often like to finish everything they started, even if it takes them a long time filled with painstaking tasks to get there. The projects they take on in life tend to be few at any one given time, purely because they so often like to be able to concentrate their focus narrowly in order be sure they are doing jobs properly rather than spreading themselves thin.

They also tend not to be as easily intimidated by what natives of many of the other Mars placements might often perceive to be difficult or insurmountable challenges, meaning they are usually quite physically brave and capable.

The Mars in Taurus placement tends to add a degree of possessiveness in nature to a native and sometimes (but not always) a tendency towards jealousy, especially with respect to personal property or possessions, two things which are generally perceived to be synonymous by them in a sense that is usually only fully understood by themselves.

Mars in Taurus natives are often lovable folk who like to work hard for the things that they have and all their relationships/ friendships that they can gradually build on and become proud of. They may then, after all, truly develop a warm sense of well-being from the feeling that they thoroughly deserve all that is around them that they have and love. This tends to be inherent in their desire for that sense of earthly and solid security that can affect and influence the Mars in Taurus’ drive to such a great extent.

These natives also tend to value highly the warmth, homeliness, genuineness, strength and stability in the characters of those around them.

Mars in Taurus natives generally prefer their relationship lives to be private and can initially appear to be extremely cautious and conservative towards others. They can be known to be very strong and sensual partners, who are all about creating beautiful atmospheres with delicious scents, silky or furry fabrics and wonderful colours. This may be because they tend to be lovers of refined taste and of exploring through sight and touch, while making good use of long and indulgent foreplay. However, their approach to pairing with another does tend to be fairly straight forward and uncomplicated.

All that leads towards dating and romance, for those with Mars in Taurus, is often centred around the physical body in acts of goodwill as opposed to being centred around the mind in intellectual pleasure, as it usually is with Mars in Gemini or the other two Mars in air signs, Libra and Aquarius. Hardly anything is rushed or overly anxious, but rather, centred around gradual and meaningful build-ups that promise long-lasting rewards and passionate loyalty that begs the huge amount of respect that they are looking for.

Every placement has its own challenges and one of those for Mars in Taurus natives is that they can have a tendency towards a somewhat lazy and physically slow-pace of life, which is usually nothing but their own prerogative! They may also often appear to others to lack flexibility in their decisions and their physical plans.

With a Mars in Taurus native, much like the Taurus Sun, it is usually for the best to allow them as much room and dignity to be themselves as is humanly possibly, with copious amounts of added patience. Adaptability certainly isn’t normally a great strength of theirs and they may usually abhor rushing into things. They can even have a tendency to expect other people to change their ways of doing things to suit their own ways due to the fact that they can be so resistant to and uncomfortable with change.

Even when the rest of the world is rushing and urging them on, they may firmly dig their heels into the ground and stick to their own pace and order of doing things that they have acquired for themselves. Any attempt to use manipulation with them or push them into changing their minds may just result in them digging their heels in further, so I would always recommend releasing any means of force in this situation and making sure they are provided with options instead (and open ones at that).

Though those with Mars in Taurus can be very slow to anger, once they are truly annoyed, they may fly off the handle like no other so it may be wise to stay well out of their way if and when this happens. They may, however, prefer to choose to repress their anger and become either passive-aggressive or silent when faced with adversity, blocking out anybody or anything that has irritated them until they have had the necessary space they need to overcome their own annoyance in their own time.

Mars in Taurus mantra quote: ‘Remember that the only constant in life is change’, Buddha