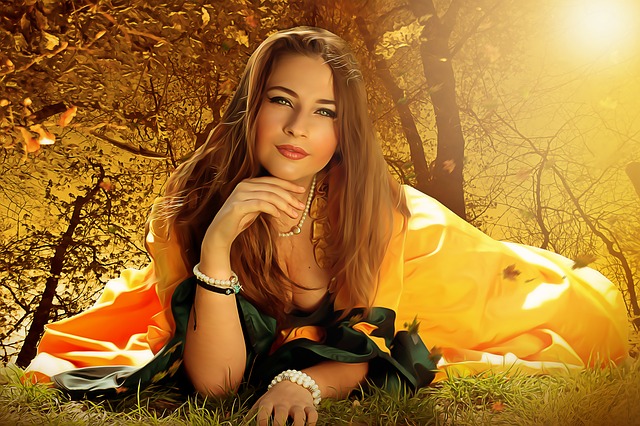 Although Mars isn’t in domicile, exaltation, detriment or fall in Leo, this is a strong position for Mars to be in and his energies will be disposed to the Sun. When a Mars in Leo native really wants something, they will generally go straight after it with barely a second thought. Here, Mars is in a fixed fire sign, so it makes sense to say that passions within them for life and desires are continuously burning and the impulse to act upon them and express them is great. Self sufficient and confident, they tend to have a noticeable vitality and are generally very aware of this and of how everything they do affects their image and sense of pride. This may be because Leo is a position of Mars that can yield a high amount of pride in its natives and being in a fire sign in a whole-sign trine to that which it rules, Aries, the energies of Mars are strong and given a very comfortable outlet. Remember, some of the intrinsic energies of Mars encompass self defence, passion for life and action!

Because Mars and the Sun are essentially the two characteristically masculine bodies amongst the inner planets (the Sun being Leo’s ruler), there is symbolically plenty of strength and willpower amongst those with Mars in Leo. The ego and the natural urgency of the Sun often brings about a desire and an innate propensity for these natives to ‘shine’ within their social groups and amongst their peers, which may suit them just fine given that they often enjoy being the center of attention. You see, many Mars in Leo natives tend to be lovers of stage and theater, props and dressing up and they can have a tendency to act and react to most things in life in a dramatic fashion, sometimes even indulging plentifully in social gossip and sharing the details of their personal lives out there for all to see. With great strength of character, this brave and noble position of Mars often likes to do things in a big way and generally likes others to hear about it all, too.

Tending to be very direct in their romantic pursuits, just like the other Mars in fire sign natives, those with Mars in Leo may pounce instantly on those that take their interest, or as and when they feel like it, yet with such a sunny disposition and enthusiasm that can be difficult for someone who is already interested to turn down. They may often have a strong desire to please others and thoroughly enjoy being good at all they do because the sense of self image and attraction are naturally intertwined with this placement. Mars in Leo natives can also be aggressive, dominant, showy and full of lascivious, fiery energy when it comes to courting and lovemaking. At times they may show off their creative side during foreplay yet they are equally likely to be straight forward, perhaps simply preferring to get straight to the point at others. Passionate, warm, affectionate and spirited, their main focus in the relationships is often to indulge in new experiences that are all about playfulness, fun and sensual pleasure.

With the intrinsic natures of Mars and the Sun being combat & defence and the vital self, respectively, Mars in Leo natives can often be quick to defend themselves enthusiastically even if they know they may have made a mistake, meaning that they may sometimes take to ‘acting’, story weaving or a little pretentiousness in order to preserve the recognition they have built for themselves over time. Naturally, they may dislike being perceived in a negative light like many people, it’s just that they may defend quickly and in a more creative fashion than most other Mars sign natives. If you have any problems you need to talk about with a Mars in Leo native, it is probably a good idea to ease into the conversation with them in a neutral and open manner, without any hint of attack, in order to work towards the best results and the clearest communications for you both. Due to the fixed nature of Leo, those with their Mars in this sign are often very loyal to their friends, colleagues and partners, yet they may occasionally succumb to impulsivity and ill-temper. Also, as in the nature of the other fixed sign Mars natives, Aquarius, Scorpio and Taurus, they may sometimes come across as quite stubborn, finding it difficult to change the course of their actions once they have made up their minds.

Mars in Leo mantra quote: ‘A true hero isn’t measured by the size of his strength, but by the strength of his heart’, Hercules