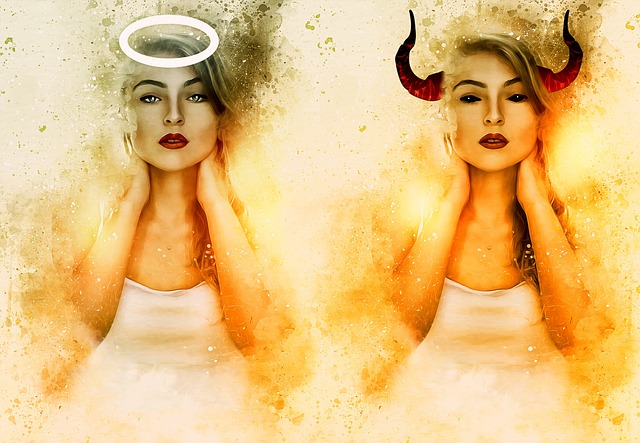 Mars isn’t in domicile, exaltation, detriment or fall in the sign of Gemini, but is disposed to Mercury in this sign. People with Mars in Gemini tend to be blithe and flirtatious folk, who are great communicators with a keen eye for detail. They often seem to have no problem elaborating on the technicalities of a large range of subjects and are usually enthusiastic and exhaustive in their verbal deliverance.

If there’s one thing a Mars in Gemini native knows how to do, it is usually how to ‘let go’ and have fun. They can often be quite playful in a child-like manner and are usually not opposed to getting a little crazy in order to provide themselves the entertainment and the stimulation they so often need. Very open to new experiences and ideas, there generally isn’t much that these folk wouldn’t at least consider when caught in the right mood.

It is common for somebody with Mars in Gemini to juggle many projects at once, whether this be within their career or their social life, due to their restless nature and their desire for a continuously variable flow of mental stimulation. Occupations may change frequently throughout life for some Mars in Gemini natives or can at least demand very varied roles, they are usually quite sociable, enjoying many acquaintances and are generally of a pleasant and friendly nature.

The friendly nature of the Mars in Gemini often extends to a tendency to remain cooperative, open and direct when dealing with other people, especially when a certain level of respect is maintained with them. They are usually well mannered, particularly enjoying good manners and positive gestures of those around them.

Romantically, Mars in Gemini can be one of the most creative and experimental astrology placements for an individual to have. They are often turned on by speech, word play, innuendo, verbal dexterity, wicked humour, quit wit, adaptability and open mindedness. Nice hands, creativity, an artistic flair and general fluidity of movement and thought are other possible weaknesses.

Because these folk may tend to seek an extent of variety for fulfilment, they may usually require a mate who is multifaceted or playful and interesting in some way. They are likely to enjoy debates and even arguing (which could often be considered as foreplay), role play and all things uncommon and kink. Anything out of the ordinary is in fact a potential eye-catcher for those with Mars in Gemini, just for that reason, especially if it considered taboo.

People with Mars in Gemini can sometimes become a little high strung, while suffering from general anxiety, simply because their energies can be directed towards many places at once. It can really help a Mars in Gemini native to learn how to both focus and ground these energies, in order to feel relaxed and at ease with their surroundings. Earth placements throughout the rest of the chart, especially in Taurus, could help with this.

Mars in Gemini natives may also need a lot of interaction with others for stimulation. It is often thought that natives of this placement can have a problem with fidelity though one should really not only study the whole of the birth chart, but also receive some kind of confirmation of this from the native themselves before such a thing is to be explored, as morals and personal background require careful consideration too, not only Astrology.

There is no such thing as one planetary placement meaning ‘this’ or ‘that’ indefinitely, for these reasons at the very least. Finally, when in a combative mode, on the defensive or lashing out due to hurt, Mars in Gemini natives can sometimes become quite verbally spry, incisive and challenging, so watch out for this if you ever experience the misfortune of rubbing them up the wrong way.

Mars in Gemini mantra quote: ‘That’s been one of my mantras — focus and simplicity. Simple can be harder than complex: You have to work hard to get your thinking clean to make it simple. But it’s worth it in the end because once you get there, you can move mountains.’, Steve Jobs