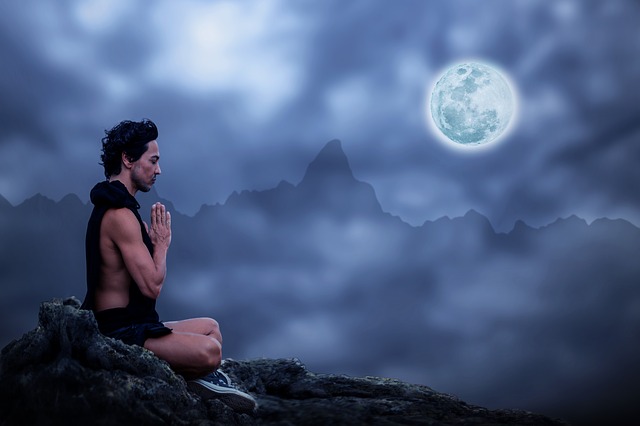 Cancer’s ruling satellite is the Moon and this represents emotional intuition, the realm of subconscious moods and the nurturing mother archetype. It also represents fluctuations of tides (or general emotional changeability),  dependability and emotional safety. Because Cancer is the opposite sign of Mars’ sign of exaltation, Capricorn, Mars is known as being in ‘fall’ in Cancer, which means that natives of Mars in Cancer may find some of the natural expressions associated with the planet Mars to be difficult to release spontaneously. Instead, the position of Mars in Cancer usually lends towards some strong domestic inclinations.

People with this placement will likely find great comfort in spending lots of time at home and with their family. They can be quite creative around the home, enjoying cooking, making sure their loved ones are well fed and they tend to be naturals at setting a comforting and homely atmosphere for those they care about the most.

Generally motivated strongly by their emotions and sharp intuition, Mars in Cancer natives are often happiest when the people around them are genuine, sensitive towards one-another and are willing to help each other out and they can be extremely tenacious when fighting for what they believe to be an important cause. The sign Cancer is ruled by the Moon therefore it makes sense to say that there is very often an abundance of emotional energy in the natives of Mars in Cancer.

When natives of Mars in Cancer set out to achieve a goal they care deeply about, they usually have a tendency to move slowly and with caution, thinking carefully over each small detail along away in order to ensure they are unlikely to mess things up for themselves, which is very much the opposite of jumping into things head first and taking risks the whole way through.

They tend to be especially cautious and observant with regards to their personal financial affairs, as they know (or seem to naturally intuit) that any rash or irresponsible moves in this area could likely threaten their security both short and long term, and a strong sense of security is usually extremely important to Mars in Cancer natives. Just like the Cancer Sun, for most of those with the Cancer Mars, a solid sense of safety tends to remain very high up on their priority list.

Natives of Mars in Cancer are usually quite sensual people who love to completely ‘let go’ and unleash their passionate side whilst intimate with someone else, yet they can often find this quite difficult if the surroundings aren’t quite right and are generally very selective with who they let guard down for. They tend to need a ‘just right’ atmosphere in order to relax and open up.

Though Mars in Cancer natives do tend to have high sex drives, they can be known for going after what they want in mostly an indirect fashion, for example, by using subtle body language and vague-ish hints rather than by asking for exactly what they want and need directly and, although they can be quite emotionally intense people, it seems that they are rarely over-bearing or demanding and they like to please those they love.

Mars in Cancer generally yearns to find a deep bond and true meaning through their intimate relations with others. They tend to adore romanticism, heartfelt gestures and affection and it’s with an abundance of these things that they may experience the fulfilment and security they crave. Folk with Mars in Cancer are often extremely loyal and expect the same in return from those around them.

Because natives of Mars in Cancer can be highly emotionally sensitive and Mars, in a nutshell, is the planet of war, they may have a tendency to become defensive, oftentimes taking insults to heart. Sometimes Mars in Cancer natives may even worry that derision and slights are intended or meant to be directed towards them when they’re not and this can cause some blockages in the ease of their general close relations. This could be due to their instinctive emotional dependency and perhaps even a resulting low confidence.

They can sometimes act unpredictably because the way they exert themselves tends to depend largely on their current mood (having their Mars in a Cardinal Water sign ruled by the Moon), which can tend to be quite changeable. Not only can this sometimes prove confusing for others, but it can also cause difficulties for Mars in Cancer natives themselves, especially in situations when acting one way/ doing one thing might be great for them, but their emotions and impulses sway them in the opposite direction.

Unfortunately, with such an emotional water laden Mars, they may also suffer from mood swings and bouts of depression for no apparent reason and they may sometimes need a good dose of alone time in order to recuperate and refresh their own energies without the interference of other people. Also, quite like the Mars in Taurus natives, they generally have a disdain for being rushed and would rather adhere to their own tried and tested way (and pace) of doing things.