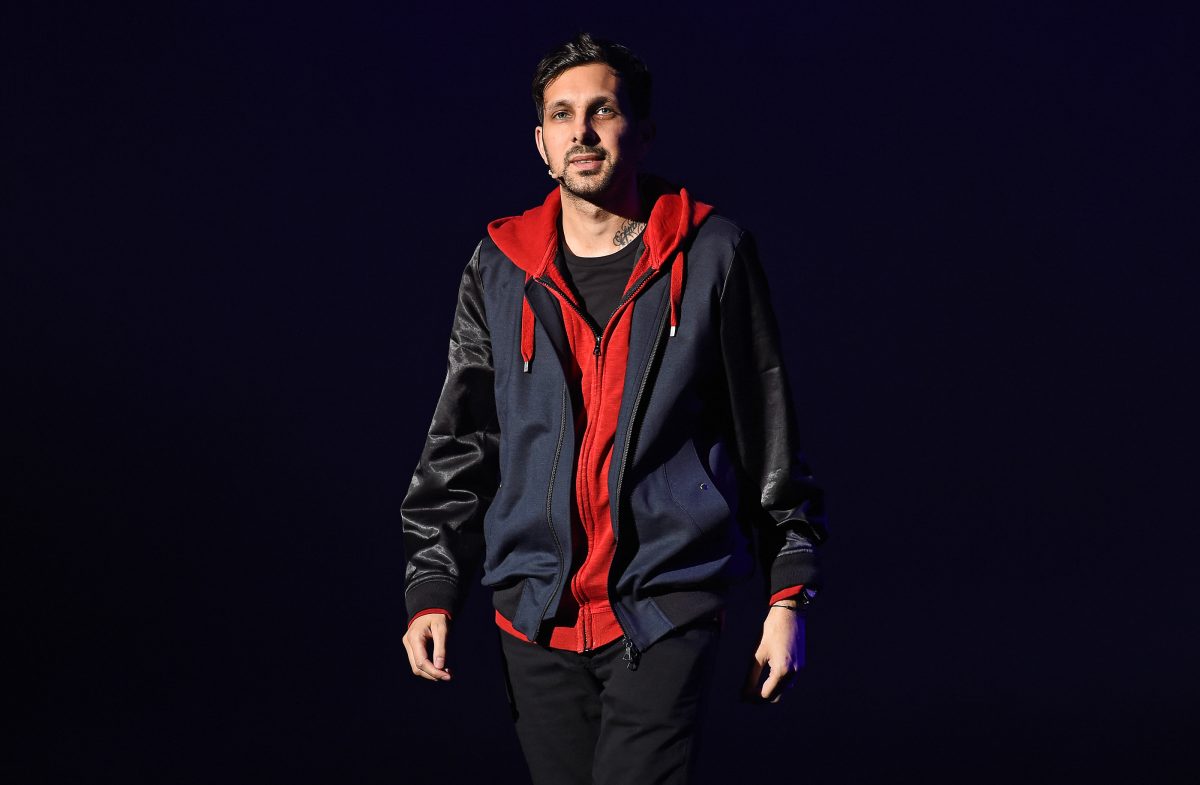 Some interesting things about Dynamo’s natal chart are his strong 5th house of entertainment and creative expressions, containing his Moon (which trines his Asc), Mercury, Venus and SN. Both his MC and Asc are ruled by Mercury, located in his 5th house and his 5th house is ruled by Saturn, which is located in his 3rd with Jupiter in Scorpio. This is a classic example of a repetition of themes in a chart, this time pointing to a love of delivering faceted information in a fun and captivating way.

Also presented in his Placidus chart is his Sun-Neptune conjunction his 4th house, bringing to mind his natural proclivity for illusion and mystery. Mars, in its joy in his 6th house of work, rules both his 8th and 3rd houses, further supporting these themes.

There are indications in Steven’s natal chart that suggests he may experience some level of discomfort when details close to his personal life appear in the public eye, despite his fame, which is evident from all of his planets residing in the Northern hemisphere of his chart. This means he may be most comfortable remaining private and may even be seen as an intensely private person to those who know him best. Still, a well-known public image can become increasingly likely when there are planets forming major aspects to the MC and here, Steven has his Uranus, which is his 6th house ruler, opposing his MC. Uranus rules his 6th house of work while forming a partile sextile to Mars in Aquarius, also in his 6th. This is a signature to both his unusual and off-beat profession and his independent streak, which he demonstrated in the launching of his own production company, Inner Circle Films in 2016, also very typical of a strong 5th house.

Unfortunately, Steven Frayne was diagnosed with Crohn’s disease when he was 17 years old, not long after Neptune moved into his 6th house by transit and was accompanied by Uranus, bringing forward a theme of weakened immunity, a potential that is signified by his Sun-Neptune conjunction in his 4th house, squaring his Ascendant in Virgo and his Mars-Saturn square ruling his 6th, 8th and 3rd houses. Virgo and the 6th house are classic significators of nutrition and digestive health and Mars afflictions further denote potentialities for physical difficulties with the digestive tract and irritation and inflammation.

Dynamo began his career as a magician after moving to London in 2004, while transformative Pluto was transiting his 4th house of home and Neptune still transited his 6th house, that year exactly trining his MC at 13°23′ Gemini. This highlights his skill as a master of illusion, with an easy flow of planetary energy into the public eye with his career and public image. Not only was it also the year of his Uranus square, a 6th house co-ruler, but Jupiter was transiting his 2nd house too, pertaining to the expansion and exploration of talents and personal worth. Brilliant!